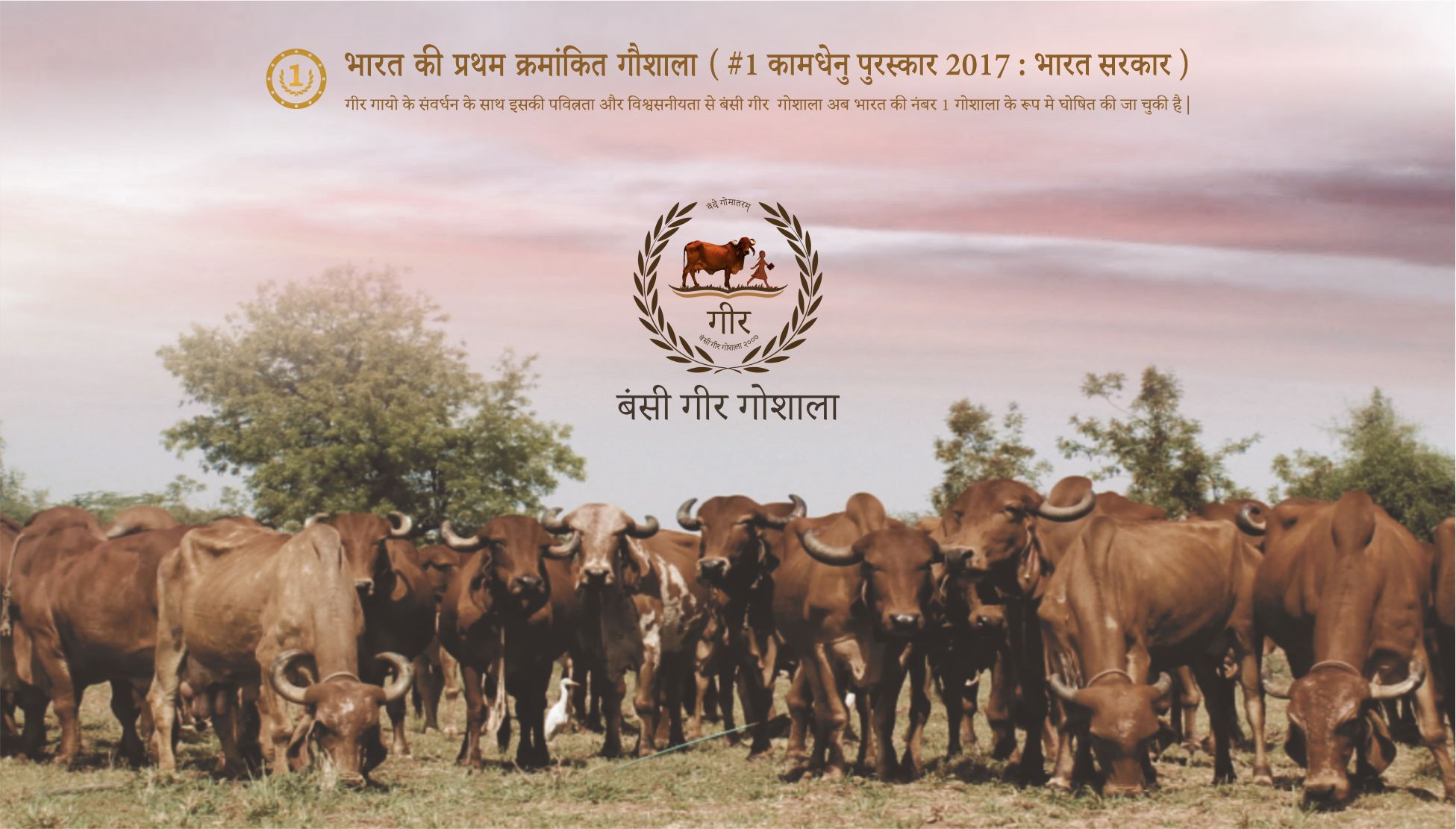 Bansi Gir Gaushala was established in 2006 by Shri Gopalbhai Sutariya as an effort to revive, regain and re-establish Bharat’s ancient Vedic culture. In Vedic traditions, the Cow was revered as Divine Mother, the Gomata or Gaumata, and one which bestows health, knowledge, and prosperity. In Sanskrit, the word “Go” also means “Light”.
But as time passed and humanity entered the Dark Age (“Kali Yuga”), much of this wisdom was lost. In modern times, Gaumata has become a victim of human greed. The place of Gaumata in Bharatiya society has degenerated to being a mere component of animal husbandry. In the worst cases, and which are not uncommon, the “Cow” has become an “asset” in accounting terminology, a factor of production for “industry”. Science has devised novel techniques to increase milk production, often at the cost of inflicting inhuman suffering on Gaumata and Her family, while humanity enjoys the fruits that She continues to grant in spite of our transgressions. 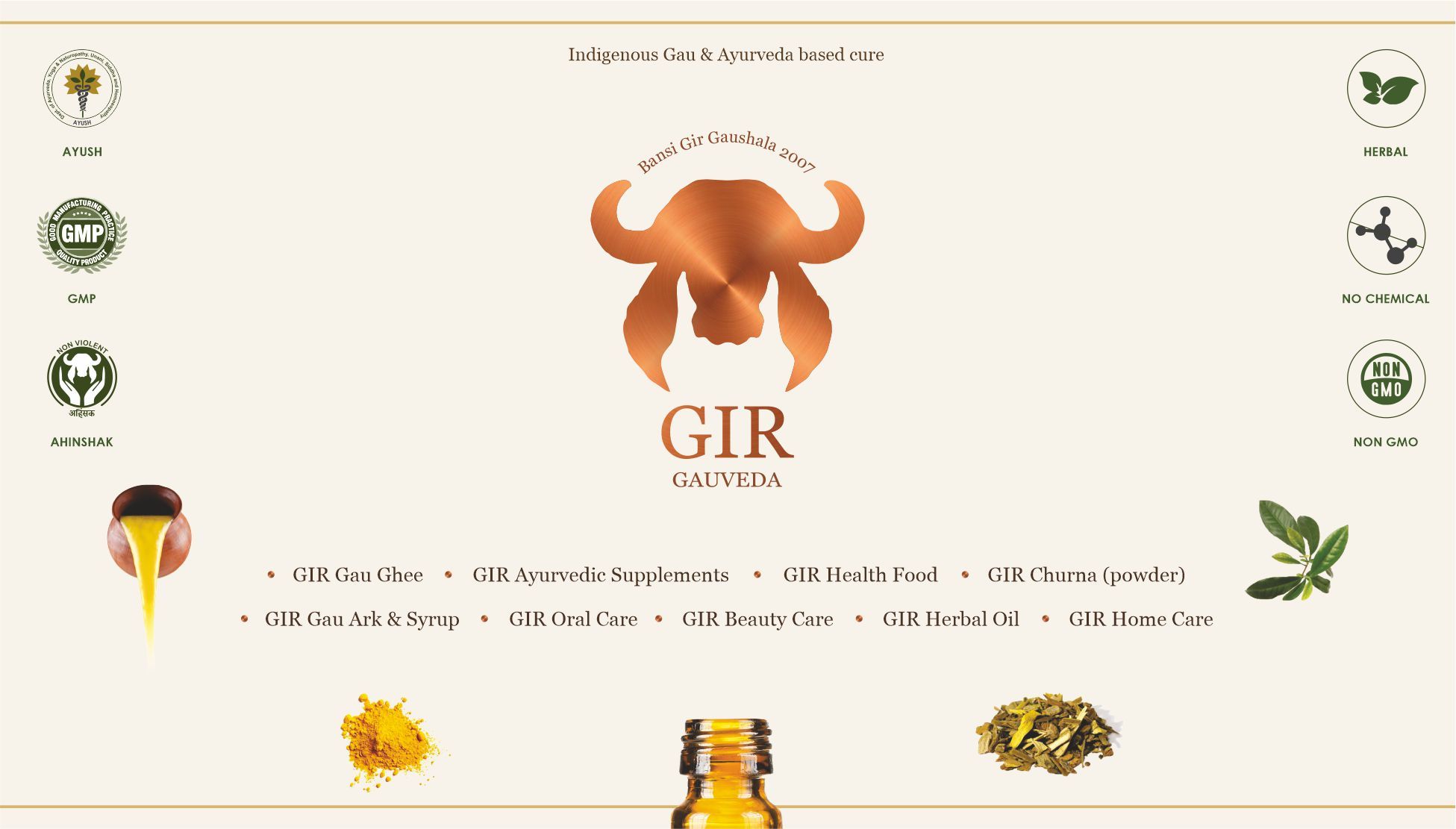 Bansi Gir Gauveda is on a mission to serve humanity by offering highly potent Ayurvedic supplements by exploiting synergies of Cow (“Gau” or “Go”) rearing and Ayurveda. We are part of Bansi Gir Gaushala, a leading centre of excellence in Gopalan (Gau rearing and breeding), and research into Ayurveda and organic farming.
Gaumata is regarded very highly in ancient Bharatiya (Indian) culture and Ayurveda, and its products are considered to be extremely potent, especially when combined with Ayurvedic herbs.Ayurveda is an ancient health care tradition that has been practiced in Bharat (India) for at least 5,000 years. The word comes from the Sanskrit term Ayur (life) and Veda (knowledge). 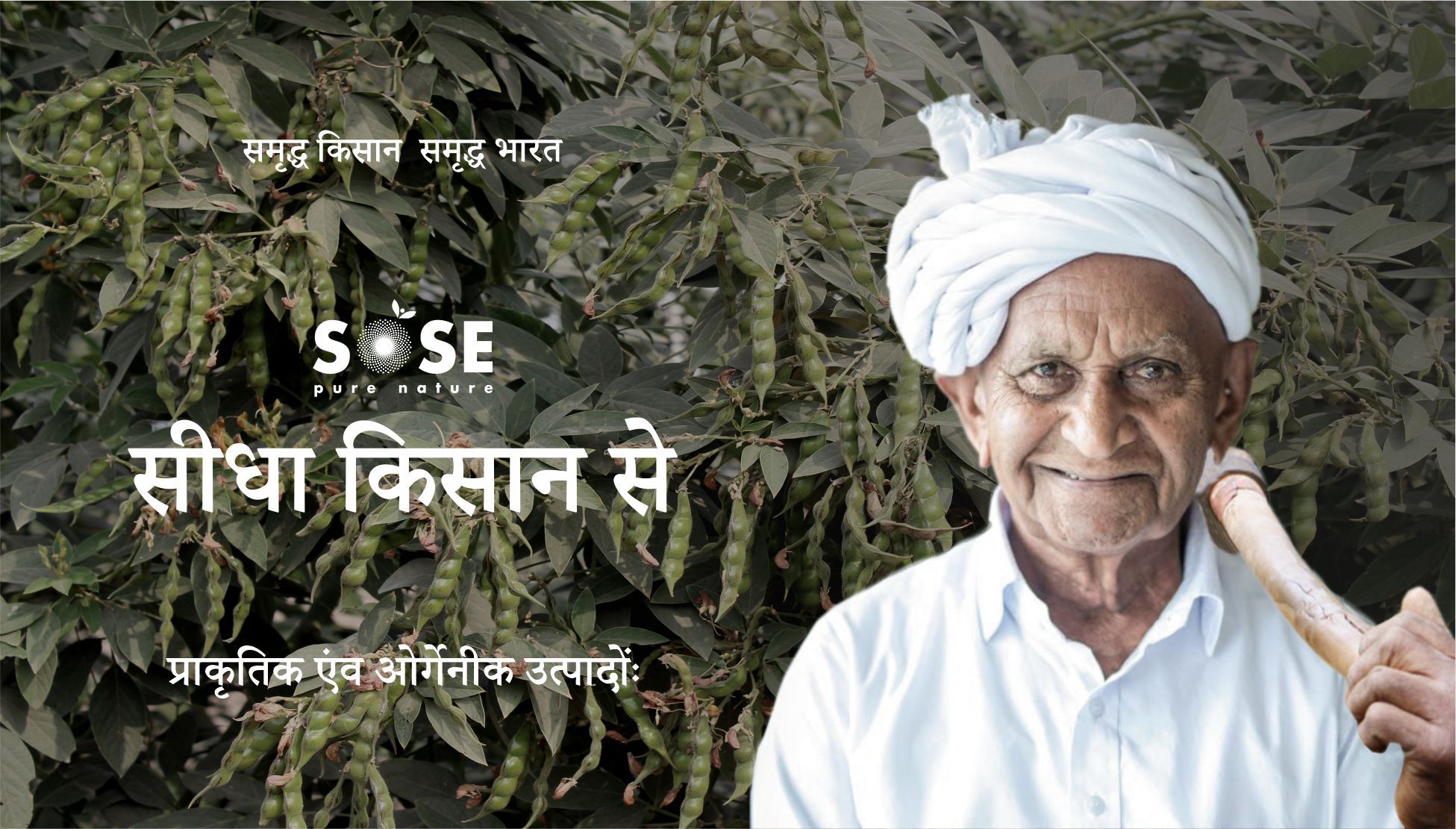 In modern times, farmers do not enjoy the same level of prosperity and social status they once did in ancient Bharat. In those days, people believed in the maxim, 'Uttam kheti, madhyam vyapar, kanishth naukri', ie among the professions farming is the best, followed by trading and finally service or employment. However, with the advent of the so-called modern 'Knowledge Economy', this maxim has reversed with farming currently considered the least remunerative of all professions. We think this is a grave mistake which needs to be corrected urgently.

We are an organic foods, natural home care and handmade personal care brand from the house of Suryan Organic. We were born out of the need to start at the beginning, to go to the roots of our problems. As an enterprise that is inspired by the mission of Bansi Gir Gaushala, our aim is to contribute to the revival of “Gau Sanskriti”, an ancient culture which placed the Gaumata (Cow as the Divine Mother) at the center of all economic, cultural and social activity. Agriculture is the foundation of such a culture, and it is with this paradigm that we seek to find solutions to the problems facing Bharat and humanity at large.